Review by the CEO 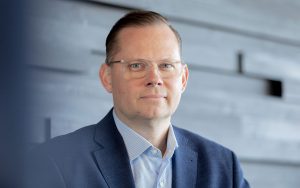 The second quarter of 2022 was the first period to be free of business restrictions in the company’s markets since 2019. The measures taken over the past two years to develop the Group’s restaurant portfolio and improve the cost structure are now fully evident as demand and volume grow. All of the Group’s key figures are now at a higher level than before the COVID-19 crisis. Our relative profitability for the quarter was high at 17.9%. That figure includes MEUR 4.3 in compensation paid by the Finnish state for the business restrictions that were in place in January–February, which was recognised during the review period. Without the compensation received from the state, the Group’s EBIT percentage was at an all-time high of 13.1% in
the second quarter.

The excellent profit performance was driven by strong consumer demand as well as the Group’s determined efforts to develop its portfolio. We have been successful in launching new concepts and eliminated less profitable units from our portfolio. Major individual factors underpinning the strong profit performance also included Nokia Arena – which had a particularly good start to its operations by hosting Finnish league ice hockey playoff games and the Ice Hockey World Championships – as well as the turnaround achieved in the Danish operations and the strong demand for the entertainment venues.

The company’s financial position has also developed in the right direction, driven by strong growth and profitability. Supported by strong cash flow, the company has amortised its loans ahead of schedule and strengthened its equity by converting the Tesi loan taken out during the COVID-19 pandemic into equity in an arrangement valued at over MEUR 10. The parties that invested in the company in the arrangement included not only the largest shareholders but also the company’s senior management and new members of the Board of Directors. The ratio of net debt to operational EBITDA has fallen below 3.5, which reduces interest expenses in accordance with the company’s financing agreement. During the review period, a computational expense of MEUR 0.8 as recognised in financial items in relation to a change in the market price of Eezy shares, which are classified as an asset held for sale.

The outlook for the rest of the year is overshadowed by economic uncertainties and pressures on consumer purchasing power. During the first half of the year, we have been very successful in protecting sales margins through purchasing agreements and dynamic pricing. This provides more of a buffer and room to manoeuvre with regard to pricing and marketing, particularly in the fast food segment. The booking situation for the final quarter – which is the most important period of the year – looks good, especially as far as weekends are concerned. In the autumn, the company will launch an extensive recruitment campaign that is aimed at finding new personnel to meet the labour shortages affecting the entire industry.

During the review period, the company strengthened its organisation and focused particularly on the priorities highlighted in
its growth strategy by creating a separate organisation focused on the fast food business and by strengthening the country organisations in Denmark and Norway. After two difficult years, the company had a flying start to the second quarter and a return to the path of profitable growth, where the goal is to achieve turnover of MEUR 400 and EBIT of MEUR 40 by the end of 2024.

Stores information that the cookie banner does not need to be displayed.

Stores information about which cookies are allowed to store in the browser.